When can an Athlete refuse a Drugs Test? 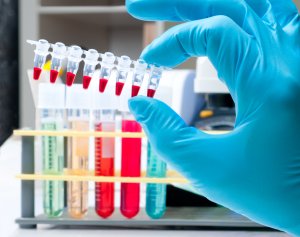 It is an anti-doping violation for an athlete to refuse or fail “without compelling justification” to submit to a sample collection. The violation ordinarily gives rise to a two year ban  (Article 2 of the WADA Code).

Other cases have, however, sought not only to define but to raise this threshold. They have suggested that, short of an earthquake or tsunami, the situation referred to in B v FEI represents about the only conceivable circumstance in which compelling justification could be shown.

In CCES v Boyle SDRCC DT 07-0058 (31 May 2007) it was stated that even if an athlete was taken “suddenly, violently and horribly ill while training” there would not be compelling justification for not providing a sample collection. To be compelling, it was said, the refusal would have to be “unavoidable”.

It is frankly rather frightening to think that even if a tribunal accepts as a fact that an athlete had been taken ill, suddenly, violently and horribly, that there would be no compelling justification for not providing a sample. The arbitrator’s suggestion that not submitting to a sample collection has to be “unavoidable” suggests that only something close to death would do.

CCES v Boyle was followed in Welsh Rugby Union Ltd v Nathan Jones, 9th June 2006 (NADP). Jones refused to submit to a sample collection following a Principality Premiership match. The reason was that Jones, who was not a full time athlete, had to join his father to complete a building project and there was evidence of very severe financial consequences for the family business had he not left urgently to do so. The National Anti-Doping Panel also accepted that the Club’s director of Rugby (and former Chief Executive of Welsh Rugby Union) had advised Jones that he could leave.

There was however a strong dissent, full of good sense, which pointed out that in ordinary parlance there could be little doubt that the Jones family circumstances—“their commitments that evening to lay concrete screed floors overnight in a block of flats in Bristol, the timing of delivery of ready mixed concrete, … and the penalty costs incurred for failure to complete the job”, particularly when coupled with the intervention of the Club’s director, constituted a compelling justification.

Most sports lawyers would probably regard the facts of Jones today as a clear case of a violation of the Code. But it is a clear case only because of the dubious principle that panels treat the athlete as if they were competing at the highest levels and because of the gloss which has developed in tribunal practice to the notion of “compelling justification”.

The case of UK Anti-Doping v Marcel Six, 25th October 2012 provides a more recent example. In that case an amateur cyclist was asked at a very late stage to participate in a race and he agreed to do so in order not to let down his team. Before the race began he began to receive “panicky” calls from his wife telling him that the children were not well. There was also evidence as to the wife’s fragile mental state and difficulty that she experienced coping with the children. The athlete’s wife made “many” more attempts to contact the athlete during the race, messages which he picked up when he finished (in 11th place).  He was then approached by a doping control officer who asked him to provide a sample. During a short period of discussion with the doping control officer, the athlete’s wife made further calls to him. In the event he felt he had to leave urgently and left, stating that he needed to return to his wife and ill children.

Was there compelling justification here? How many amateur athletes in these circumstances would not do the same?  Yet despite the fact that the National Anti-Doping Panel stated that it accepted that the athlete truly believed his family “to be in significant distress with the potential for harm to his the health of his wife and possibly also his children” it found that there was no compelling justification. Referring to Jones, it said that the test required something “truly exceptional or unavoidable”. It reached this conclusion notwithstanding that it accepted that the athlete’s motivations were “humane” and “commendable”.

The tribunal did go on to find that there was no significant fault but reduced the two year sanction by only six months.

To my mind, something has gone wrong if Marcel Six was rightly decided. I don’t think that it was. The test that the panel applied was not the correct test. The test is compelling justification. If WADA had meant tribunals to require the refusal to submit to a sample collection to be “unavoidable” the rules would have said so. Likewise the requirement of something “exceptional”—ramped-up to “truly exceptional” in Marcel Six for no articulated reason—forms no part of the test that tribunals are required to apply.

In my view, where a tribunal accepts as a fact that an athlete’s reasons for not submitting are “commendable” and “humane” that should be sufficient as long as the circumstances were “compelling”. This is very much a question of fact in each case. In looking at all of the circumstances tribunals should be able to consider the level at which the athlete competes, because what counts as a “compelling justification” is inevitably different from one situation to another. Marcel Six’s circumstances were, to my mind, compelling. I find it hard to believe that the WADA Code is intended to impose a ban on amateur athletes in such circumstances. That is not to say of course that Chris Froome could invoke an ill child as a reason for not submitting to a dope test, but his circumstances are very different.

One of the underlying rationales for the extremely strict approach in this areas is the view that athletes should not compete in the first place if they are not prepared to submit to doping control. Comments to this effect were made in both Jones and Marcel Six. But it is unrealistic to think that athletes always have a choice whether or not to compete: in many cases they do not have any real option but to do so. Marcel Six  was not such a case, but even here the athlete was competing reluctantly at the last minute out of feelings of loyalty towards his team and, significantly, when he agreed to do so he did not know about the illness of his children.

Another underlying rational for the approach that has developed to compelling justification is that tribunals do not always trust the testimony of the athletes as to the reasons for not submitting to sample collection. The approach taken in Boyle, for instance, that even horrible illness is not compelling justification is surely a reflection of a concern not to allow athletes to feign illness to avoid doping tests. However, tribunals are entitled to impose an exacting burden on athletes to prove the facts that they rely upon, and they are entitled to view the evidence with a very skeptical eye. Glossing the legal test should not be used as a substitute for finding that the facts have not been established to the tribunal’s satisfaction, not least because of the knock-on effects for other cases. If the facts are found sufficiently proved, the question should just be whether they amount to compelling justification: it is not appropriate at this stage to lift the bar because of doubts as to the facts.

The other underling rational for such cases is, of course, the ‘no tolerance’ approach to doping and the message that is supposed to be given-out to all athletes at whatever level they compete, that severe sanctions follow a refusal to submit to a sample collection.  But in truth the message is less clear and more dubious. The rules say that Athletes do not have to submit collection if they have compelling justification for not doing so. Athletes are entitled to assume that compelling justification means what it says and has an ordinary, everyday, meaning. It is all the more important that the law has such a meaning given that we are talking about decisions made by amateur athletes, in haste, in fatigue and often accompanied by panic or distress.

For the moment, however, the message to athletes at all levels of sport must be the precautionary one: unless you are prevented from submitting to a sample collection you should expect a ban if you refuse to do so.

Readers may also be interested in "Tough Love for Accidental Dopers" by Tom Mountford, 17 June 2013

Blackstone Chambers uses cookies to run our site and improve its usability. By using our site you agree to the use of cookies.